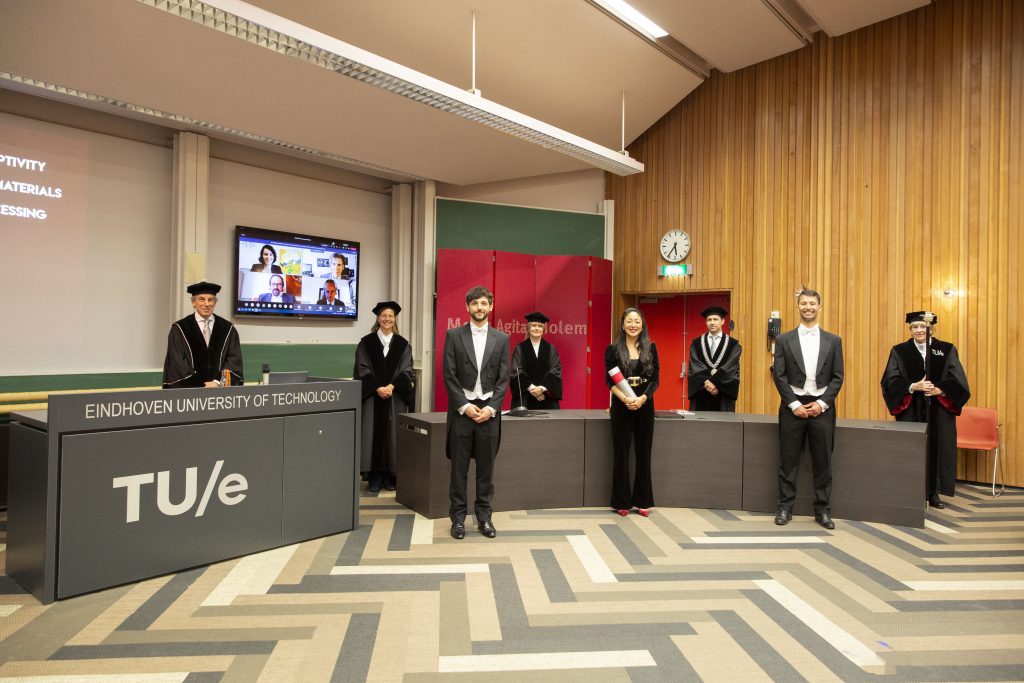 Dan Jing Wu obtained her doctorate by successfully defending her PhD thesis, titled “Unlocking the adaptivity in supramolecular biomaterials via chemistry and processing”, on 30 April 2021. Papers included in her thesis are Anisotropic hygro-expansion in hydrogel fibers owing to uniting 3D electrowriting and supramolecular polymer assembly and Optimization of anti-kinking designs for vascular grafts based on supramolecular materials.
She also delivered major contributions to communicating science to the public, where among other highlights she appeared on Knappe Koppen and was a panel member of Science Café ‘Mens 2.0’ DDW Special .